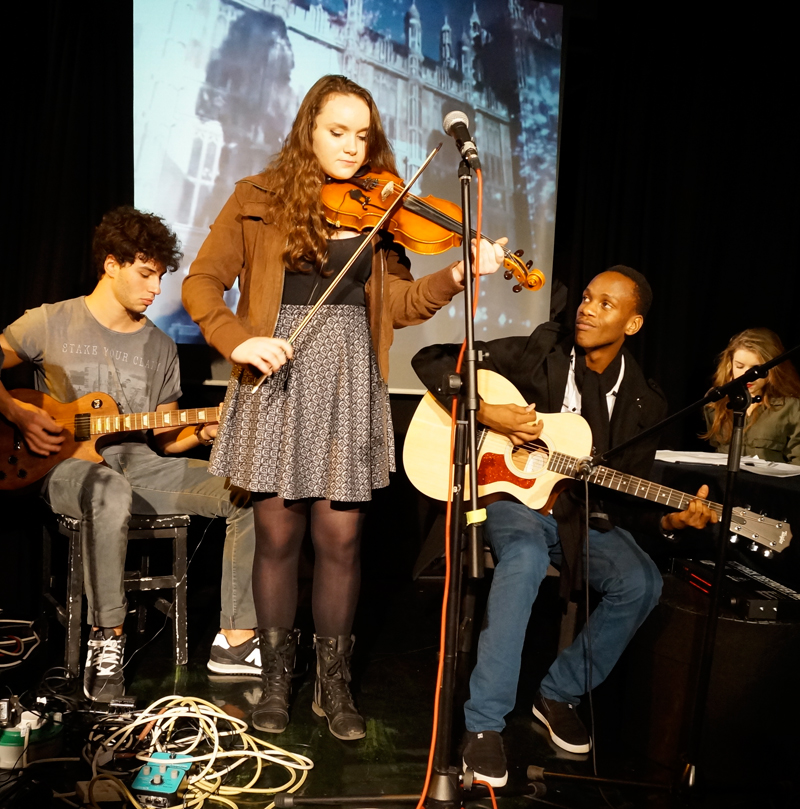 DLD‘S Talent 2014 was probably the best show we’ve ever had.  It was truly amazing, and almost every student stunned us with their performances.  It was also the longest show we’ve ever produced and the most attended, with students, unable to find a seat, sitting on the floor as well as students having to be turned away.  Well done to all those who took part.  And a big thanks you to Yiannis Christophides, John Branney, and their student helpers (Kurran and Dillon to mention just few).

Caroline Vain, Karabo Sankoloba, Alessandro Balzarini won third place with ‘Radioactive’ by Imagined Dragons Voice, playing  violin, acoustic guitar and electric guitar.  This was a polished and assured performance, and was a clever reworking of the song without a drum kit.

Daniel Rodriguez Reeves,  Karabo Sankoloba, Isabel Zentner, came second with  ‘Sunday Morning’ by Maroon V, playing piano, guitar, and lead vocal.  The tambourine arrived on the scene unexpectedly, played by the one-and-only, and unrepeatable, Munkh Ochir, who also peppered up the song with a little dance, which delighted the audience.

First Prize went to Clara Moschetta who was the extremely worthy winner.  She sang her own composition and accompanied herself confidently on the piano.  The word ‘Awesome’ is overused nowadays, but this was the definition of awesome.  Apart from being a great new song, it was performed with intensity, control, and emotional aptness.  It was a searing performance. 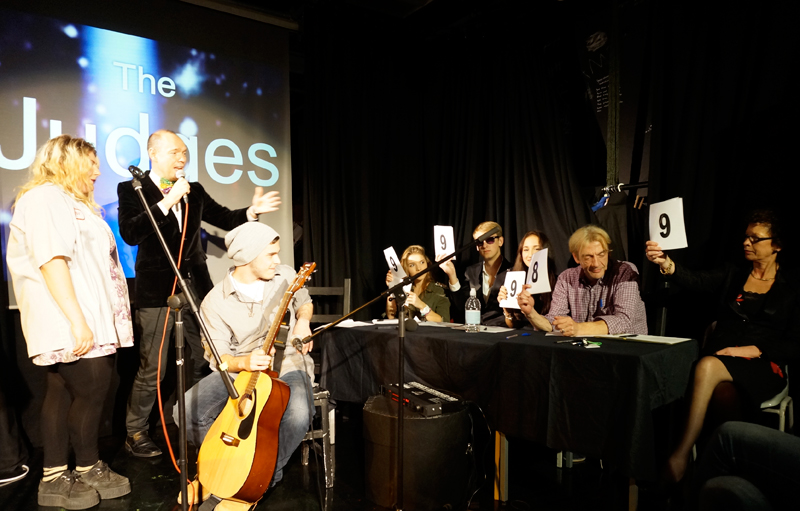