Following military service, Hyeon-Jun decided to enter the British education system and chose DLD College London for its welcoming atmosphere, with the intention to gain a place at a top British university to study his first love, Mathematics. Having been awarded a scholarship, he completed his studies with an excellent performance overall, gaining the highest grades. Hyeon-Jun is an exceptionally capable mathematician with a natural ability for the subject. Furthermore, he has proven that he made the right decision to change his career path having previously considered Medicine and Engineering as academic disciplines, but ultimately determining that Mathematics is his true passion. He more than deserves his place at Exeter College, Oxford University to read Mathematics having achieved A*A*A* at A Level. 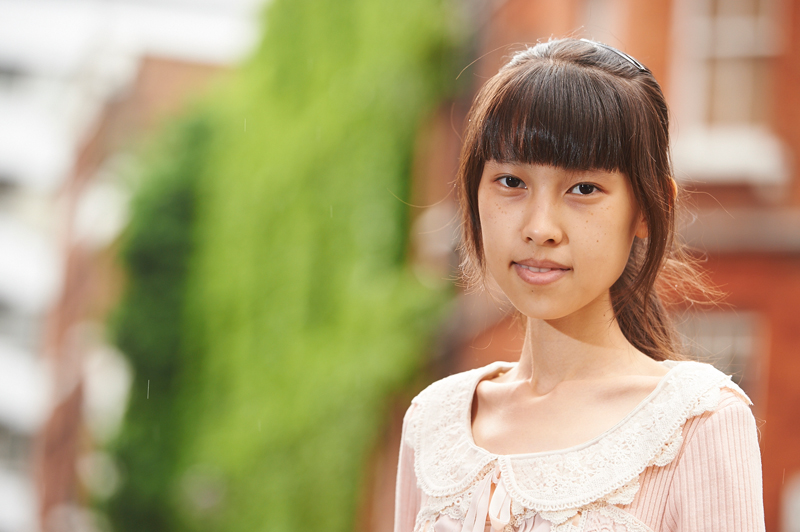 Yiqin came to DLD in September 2012 to commence A level studies in Maths, Further Maths, Physics and Economics to prepare for university application. Although she was a year younger than her peers, and keen to develop her language skills, Yiqin chose to study a full complement of four subjects in order to have the broad scope of studies expected of a UK sixth former. Her ability, intelligence, industry and rapid development saw her achieve quite stunning results extremely quickly, in addition to a range of extracurricular academic projects in which she excelled. Yiqin got A*A*A* at A Level and She well-deserves her place at University College Oxford to read Mathematics. She is truly a phenomenal mathematician.

Charlotte came to DLD in 2010 seeking a more independent learning structure and collegiate ethos. She gained excellent GCSE results, and her high achievement in humanities and sciences was reflected in her A level choices. English and History emerged as providing the intellectual stimulation she would like to pursue at university. She showed initiative and ability, and in extra-curricular academic pursuits such as mentoring students with special educational needs. Charlotte completed her A levels in 2013 and took a gap year during which time she studied French A level with us, pursued an independent course of reading and study, and participated in a number of volunteering and work-placements. Her obvious academic excellence means that this year she has secured a place a New College, Oxford to read English Literature.

Charlotte is an excellent student and one of the most academically rigorous we have taught. She reads voraciously and with purpose, responding with confident and original insight. She is responsive to new critical approaches; assimilates complex arguments and literary detail with assurance, and is generous and committed in discussions. Her combination of meticulous scholarship and intellectual insight suggests considerable academic ability in literature.

Charlotte is truly gifted in as far as she has been able to demonstrate talent in both humanities and sciences, and she more than deserves her place at the University of Oxford after achieving AAAA at A Level.