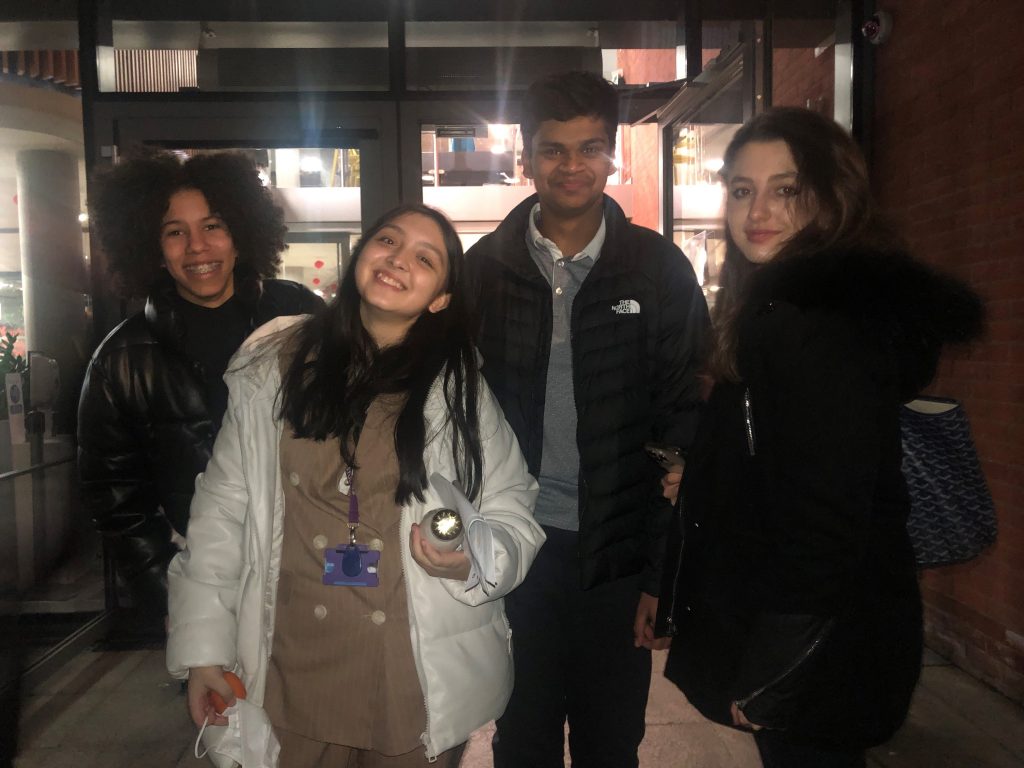 On Tuesday four of our Lower School students, Afa, Rana, Giovanna and Arnav, took part in a friendly Public Speaking competition at South Hampstead High School.  All in all there were 54 students who took part and while our students didn’t win this time, they did perform well and should be proud of themselves.

This competition was one with a difference as, not only did they have to give a speech on which they had to answer questions but they also had to act as a compere to another speaker. This was something they had not done before but they welcomed the opportunity to try something new and they look forward to the next such competition where they will do even better.

There were a variety of topics from the schools involved. Our own students spoke on the following:

Afa revisited her previous speech where she looked at how fiction can teach us so much and how we learn to solve real life problems through having our imaginations energised to explore a variety of solutions.

Arnav argued for the reintroduction of the death penalty, believing it to be the only way to ensure murderers are not free to kill again when released.

Rana looked at what is missing from our school curriculum, such as the failure to emphasise creativity, and how to deal with mental health issues which is a real problem today.

Giovanna looked at the rollercoaster called life, in which she told the moving story of the ups and downs of her own life and how she conquered being diagnosed as deaf as a child. Through her story she inspired others to work through life’s hurdles until they again faced the fantastic view from the top.