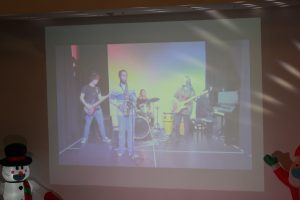 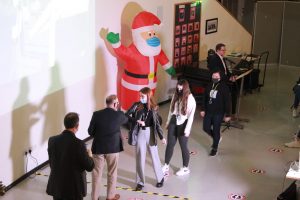 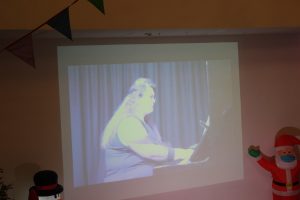 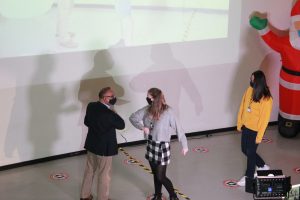 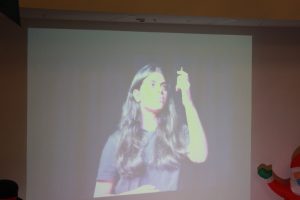 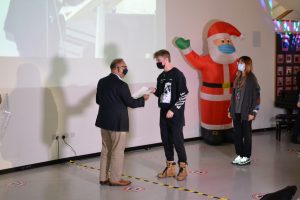 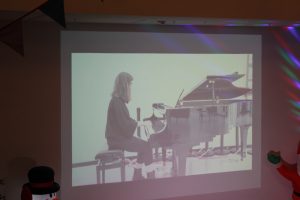 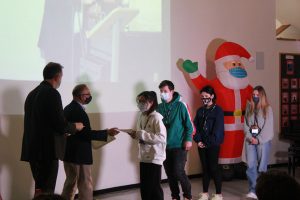 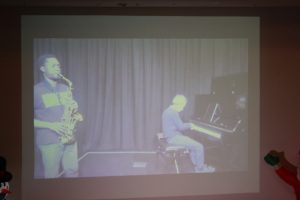 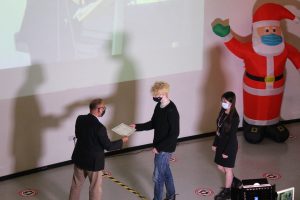 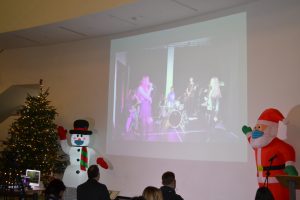 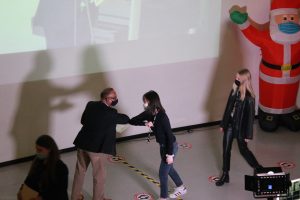 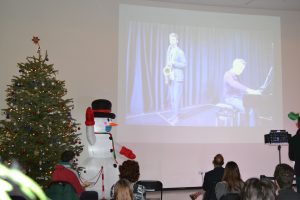 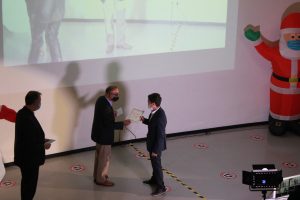 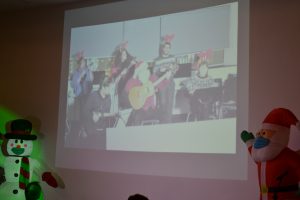 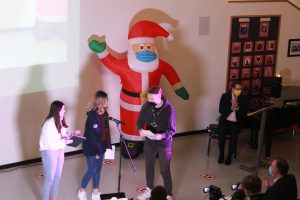 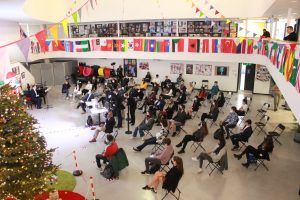 An unusual Christmas Concert of course, but unusual has become so usual this year hasn’t it? Crises often lead to innovation, and our innovation was to pre-record the musical events and thread them through the live awards and speeches. The upside was we had slick production values and no delay setting up live acts, the downside was less excitement and the risk of someone playing a wrong note!

So let’s have a look at our festive musical menu:

Watermelon Man (by Herbie Hancock) was performed by the our new DLD Jazz Band, led by Richard Marcangelo. What a career he’s had! Drummer with Manfred Mann, collaborations with Andrew Lloyd-Webber, and a drummer on numerous film scores. This wealth of experience inspired superb performances from Mango, Sofya, Victoria, Lucca and Jahan.

Parmida’s performance of Debussy’s The Girl with the Flaxen Hair on piano, gave the piece a character I did not know it could possess (far better than my teenage performances of it for my auditions). Her teachers are amazed at Parmida’s development in just one year of joining DLD. Her level has gone from grade 2 to over grade 6!

Parmida’s piece naturally led to another ‘girl with flaxen hair’, namely Shakespeare’s Juliet. Helena’s monologue from Romeo and Juliet was very assured and captured her innocent despair before the play’s inevitable tragic ending. Good luck on your LAMDA results Ellie!

Just a little music lesson if you don’t mind: J.S. Bach wrote 24 Prelude and Fugues in 1722 and another set in 1739. Each piece is in a different key (there are in 12 keys, both major and minor). I think these might be the most important collections ever written. Bach was proving to the world that with the new tuning system every key was possible to play without sounding awful. More importantly, the musical sophistication, humanity and skill, raise these to the summits of human creation. The more you live with them, the more you see in them.

Anita’s performance of Prelude no 5 in G major revealed much of this musical genius. DLD is so lucky to have welcomed Anita this term, and we hope her ambitions to be a professional pianist are realised.

Jahan (saxophone) has been a part of every single DLD event since he arrived last year, often playing more than one instrument as well as singing. His sax playing has upped a notch as we saw in his fantastic rendition of Footprints (by Wayne Shorter). I hope Jahan pursues his musical ambitions next year!

The DLD Band (along with the Ukuleles) is run by another successful professional. Dan Lee plays electric guitar for the band Kawala, who until lockdown, were playing to packed venues across the UK. DLD’s band is only a few months old, and for the first time includes two Y10 students. They made easy work of Amy Winehouse’s ‘Valerie’ & ‘You Know I’m No Good’. Congratulations to Lucca, Diba , Jahan, Douglas , Noelle  & Kamonnut.

I must give credit to two more talented teachers: John-Paul Muir, a superb jazz pianist and classical soloist, who performs piano concerti around the world, and Robin Porter, an up and coming jazz saxophonist. They produced a wonderfully atmospheric version of The Christmas Song by Robert Wells and Mel Tormé.

No DLD concert would be complete without the DLD Ukulele Group. This year’s concert concluded with a rousing version of ‘Rudolph The Red Nosed Reindeer’ (by Johnny Marks), performed by Mohammad, Alex, Sofya, Sarah Richmond and Charlie Pinel.

The concert can be viewed online here: