Recommended Exhibitions to Visit During Half Term 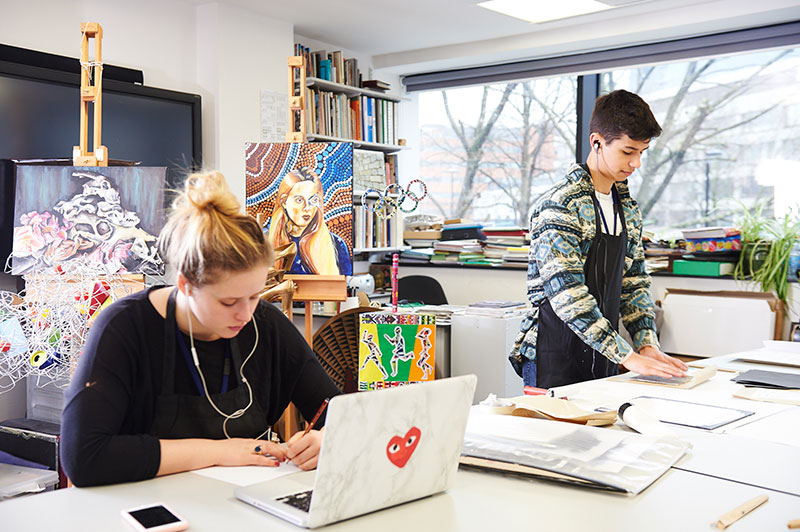 Abstract Expressionism at the Royal Academy in Piccadilly

All Art students and anyone interested in Art should see this exhibition-without fail!

The 20th Century produced the largest number of radical, cutting edge movements in the whole history of Art, and this is one of the most groundbreaking and revolutionary exhibitions I’ve ever come across! These artists responded to a time of enormous social upheaval and change to forge a new way of painting in a way that will never be repeated. An explosion of innovation, colour, scale, texture and energy that produced some of the most original and memorable paintings ever made.

Due to the enormous value of this collection of work, both artistic and financial, this large body of work will never be seen together again. Do not miss it!

Beyond Caravaggio at the National Gallery

Caravaggio is accepted as one of the greatest artists of the Italian Renaissance, whose influence continues to this day. His work has not only had a major influence other artists, but also many film makers, writers, poets and dramatists. This major exhibition displays his work alongside his contemporaries and followers, giving a new insight in to one of the greatest painters who ever lived. The amazing technique, the dramatic scenes and intimate portrayals of the human form, make him, in my view, a unique artist who deserves the word genius next to his name.

A chance to see one of the most important, celebrated, innovative and dynamic artists of the 20th Century, an Artist who redefined what portraiture could be in his varied figure work. His device of combining flattening and modelling of form and structure, as well as his use of exaggeration, distortion, and dramatic colour, modernised figurative painting. His direct, innovative work also subverted the traditions of Portraiture that had been common up to the beginning of the 20th century and opened up a new set of possibilities for all artists who came after. In Western Art Picasso was the great, radical re-interpreter of the enduring tradition of creating Art from direct observation. In doing this he became the originator of a new kind of Art that connected a historical understanding of past traditions in Art to the inventiveness and innovations of the Avant-Garde. His work is made a major contribution to the radical experiments and developments that took place in 20th century Art and changed art forever. This makes him a key influence in Art and Design study and practice today.

All these exhibitions have a connection to your own Art Coursework, whether it connects to your direct observation work, skills developments or artists’ connections. If you go to any of these exhibitions see if you can do some on-site drawings, write some descriptive comments, and acquire any hand-outs to bring in to your next art session. Have a good holiday break!