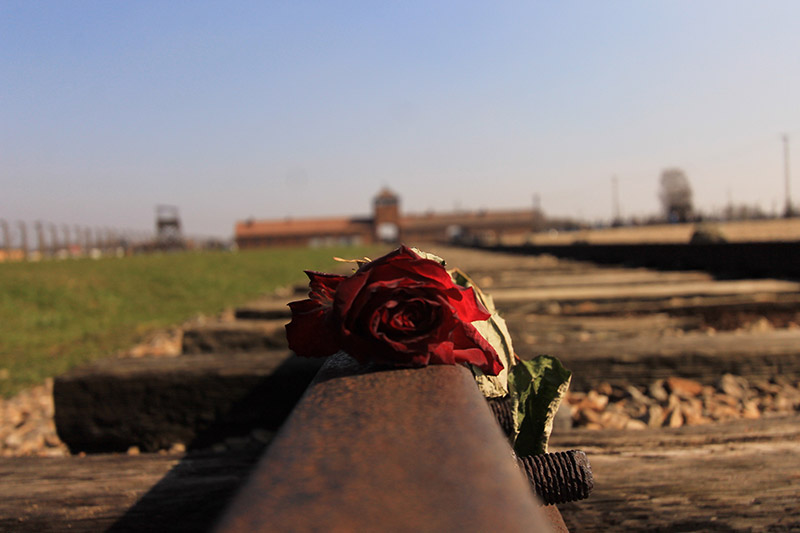 After a fun, action packed day in the snowy mountains of Zakopane, and an early night, our Business Studies students awoke this morning ready for a very different experience. Today, our packed itinerary included Auschwitz extermination camp, the Wieliczka salt mine and a farewell dinner.

We left the hotel for Auschwitz around 9am. The skies were blue and the sun was shining. I think it is safe to say that no one was really prepared for the horrors of what we were about to see, hear and feel whilst walking around this infamous place.

The coach journey on our way to Auscwhitz through the picturesque country roads of Poland was in stark contrast to the journey experienced by over one million Jews during the Second World War. We were shown a video that helped to set the scene for what we were about to see. The content of this documentary was graphic and the mood on the coach quickly changed from excited to subdued. We were greeted at the camp by our personal guide, Lukasz. He was extremely knowledgeable about the camp and the facts about the atrocities that took place here. He was excellent at helping us to imagine life here during the time when the camp was under Nazi control. On approaching the main gate and being greeted by the now infamous sign ‘Arbeit Macht Frei’ we were told that this means ‘Work can set you free’. At this point, the experience became very real and the subsequent tour is something that I will remember forever. 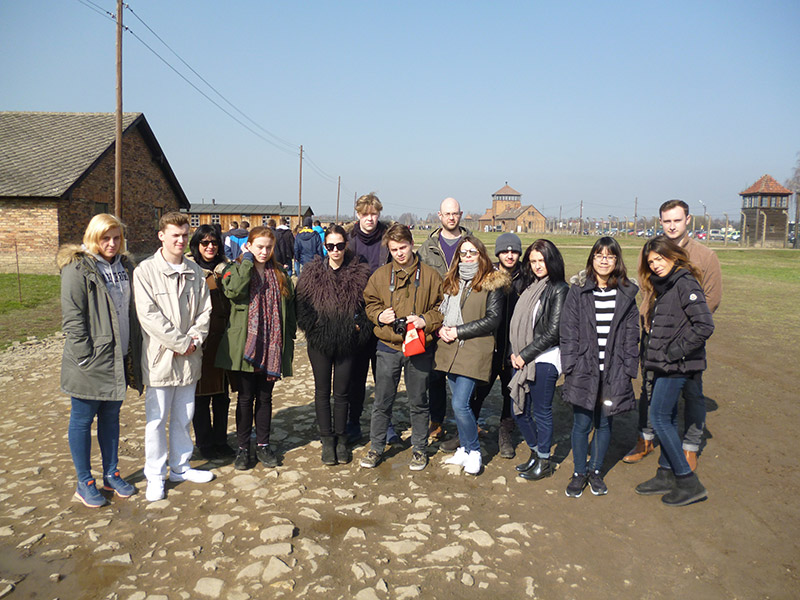 After the tour of the museum site, Birkenau I, we were quickly transported to the nearby Auschwitz Birkenau II camp. Everything about this site was so much more eerie. First of all, the sheer size is immense – standing at the train tracks and looking left and right, I could not see the boundary fence. Although much of this site lies in ruin, Lukasz helped us to picture what it would have looked like in 1944, before liberation. It feels different here, everyone is silent, the air feels different, despite the blue skies and sunshine. The camp is full of reminders of the despicable acts that took place here – with many visitors laying roses all over the site. For me, this experience is something I will never forget and the trip affected me long after we departed. We stopped at a nearby café for some lunch – unsurprisingly the mood was still rather muted.

We left the café and made our way towards the Wieliczka Salt Mines. This is one of the world’s oldest salt mines, first opened in the 13th century. Again, we had a personal guide – Marek. He was very entertaining and really helped to lift our spirits after the somewhat draining morning we had just had. We started our tour by taking the stairs 64 metres underground into the first of three mining chambers. Marek told us that widespread production of salt had ceased here in around 2006 and much of the employees in the salt mine today are tour guides. The mines attract over 1.2 million visitors each year and it remains one of Poland’s largest tourist attractions. Murat, questioning whether the walls were really made out of salt decided to lick them. Despite their dark colour, his facial expression verified Marek’s claim that we are in fact walking in a real salt mine! 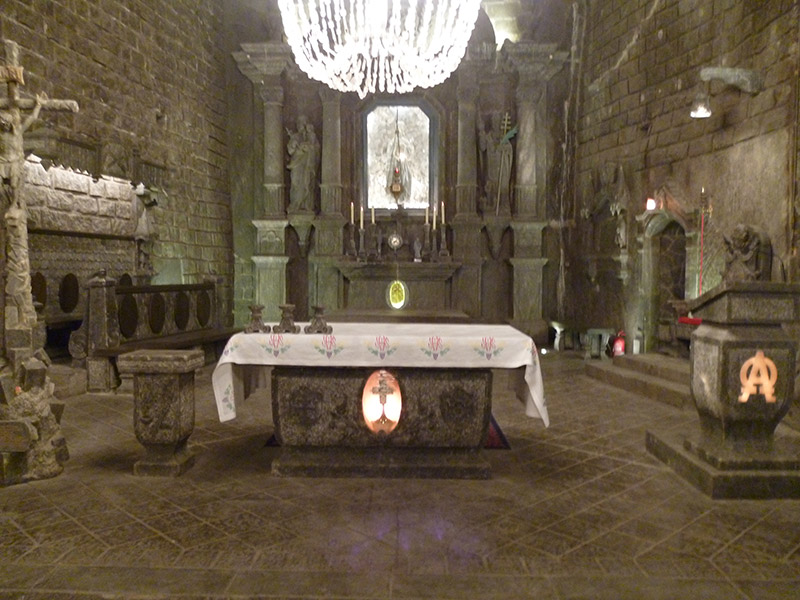 The biggest highlight of the tour was a visit to St Kinga’s Chapel. This chapel was constructed by the miners 101 metres underground. Again, everything here is made of salt – from the statues, the altar, the floor, to a hugely impressive recreation of The Last Supper – even the crystal chandeliers hanging from the ceiling, use pieces of carved rock salt in place of crystals. 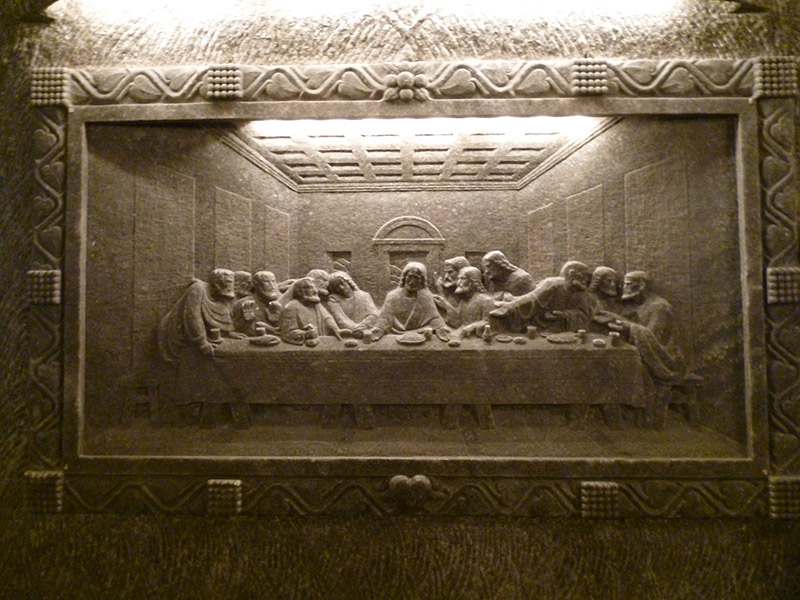 In the evening, Isabella, our personal guide for the week, had organised a traditional Polish dinner for us with folk music. This was a fitting way to spend our final night in Krakow with everyone sharing their own personal highlights and memories. 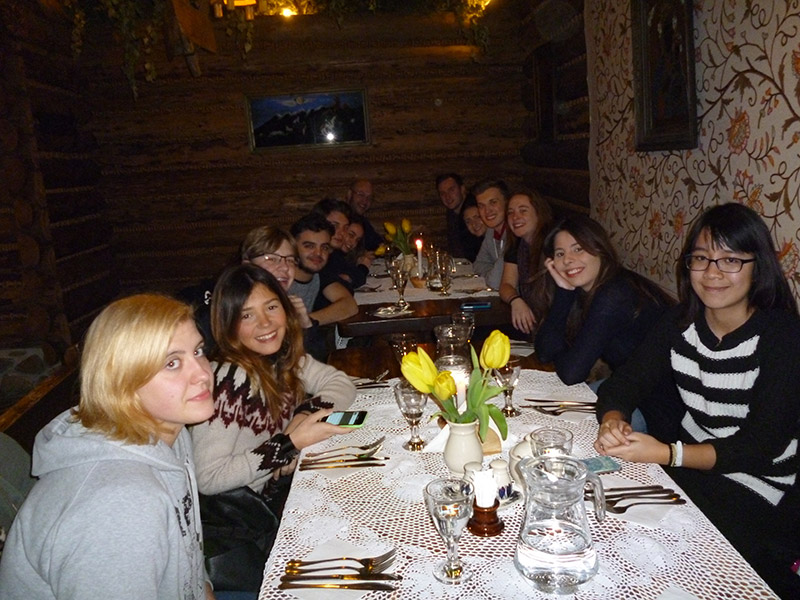