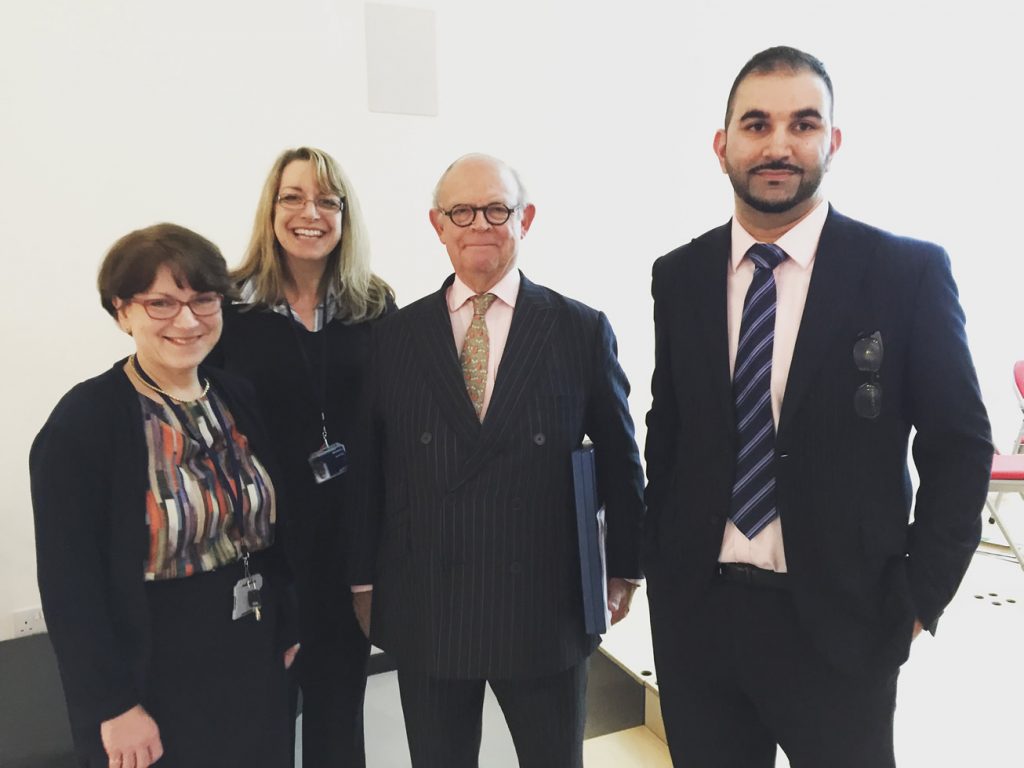 On Thursday 4th February, David Buik, MBE came to DLD College London and gave a lecture on ‘Brexit’ (the potential exit of the UK from the EU).

Mr Buik is a respected market commentator with the City firm of Panmure Gordon and holds clear, passionately-held beliefs about the opportunities for British business outside the framework of the EU. He was greeted on arrival by a group of DLD Economics students who spent a stimulating half-hour with him before his lecture discussing the substantive issues surrounding this subject. They demonstrated an acute knowledge of the political, sociological and economic arguments on both sides of the debate. They posed their questions courteously and were answered in depth.

In addition to the DLD’s own students, the audience was made up of parents, guardians, business professionals and those from other academic institutions.

The lecture itself highlighted some myths regarding the negative trade impact of Brexit while, at the same time, rejecting the obvious arguments often cited in the mass media such as uncontrollable immigration. He opined that sovereignty was an undervalued asset and that the arguments for remaining in the EU reflected political interests and those of big business.

To his great credit, Mr Buik also concisely summarised and acknowledged the validity of some pro-EU arguments including the additional influence that membership gives to the UK in tackling issues such as global warming.

The evening culminated in a vote of thanks that was delivered by current AS students Sam Ranabhat and Jasmine Elkhadraoui. Mr Buik was presented with an engraved silver salver and the evening was brought to a close.

Overall, the event was an illustration not only of the genuine interest among DLD College students in this particular issue but their willingness to explore current affairs in general. Opinions were voiced by several participants both verbally and in the form of a vote which demonstrated a dichotomy of views on this complex issue.

This public lecture was the first in a series that have been planned by DLD’s Faculty Heads. After the half term break, lectures will be hosted by the Faculty of Science and the Faculty of Creative Arts.