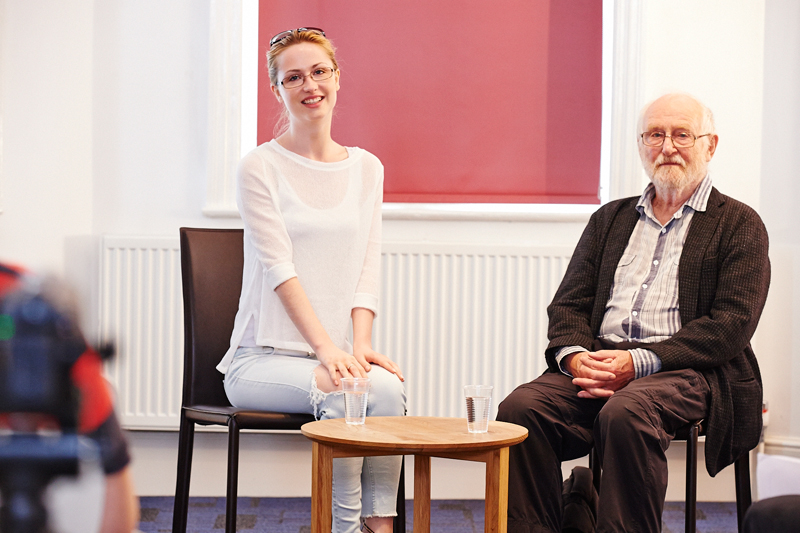 Budding film makers and students at DLD College London have benefitted from a once in a lifetime opportunity to interview celebrated film director Mike Hodges as part of their short film assignment.

Mike Hodges, the director of films such as Get Carter (starring Michael Caine), The Terminal Man and Flash Gordon, was put in front of the camera for a change as the students filmed  ‘Conversations’, a series of programmes written and directed by the students.

The group were able to put their questions to Mike about his writing and directing process, as well as asking about his stellar career as a director on some of Hollywood’s most infamous films.

“Most of the British gangster films were soft, whereas I lived in a world where the Kray brothers and the Richardsons…were ruthless, horrendous and scary. So when I was offered Get Carter, which was about a hit man, I wanted to make it as real and as rough as possible.”

Rachel Borland, Principal at DLD College London, commented: “The students have had a wonderful experience meeting and speaking with Mike Hodges, who has given them great insight into the world of directing and his personal experiences. I would like to thank Mr Hodges for his time at DLD College.”

BTECs are work related qualifications suitable for a wide range of students and are built to accommodate the needs of employers and to allow progression to university.