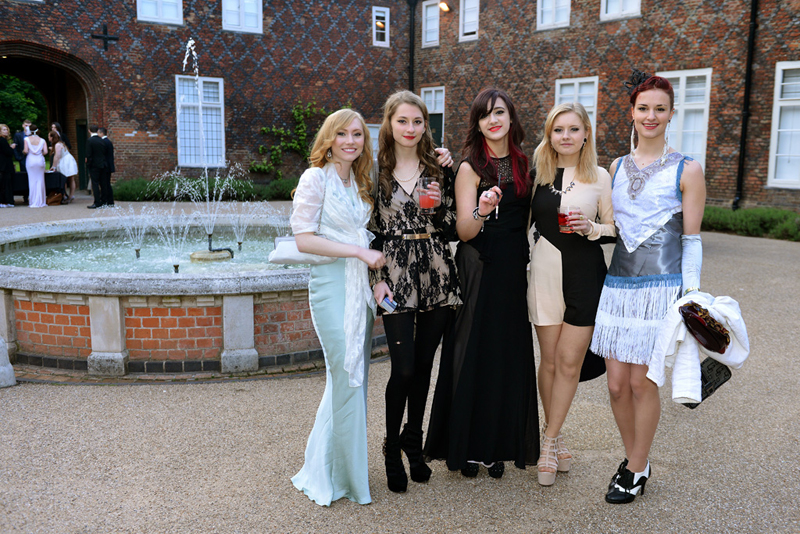 The 3rd Annual DLD College London Summer Prom was held at Fulham Palace in London on Friday 9th May. This year the students were able to vote on a theme, and, given the choice between The 80s, The Great Gatsby and Alice in Wonderland. The Great Gatsby won by a landslide.

Gatsby himself would’ve been proud of the party. As students from both Belgravia and Marylebone arrived, they walked down a copper paraffin torched driveway to be greeted by the paparazzi. Hired especially for the occasion, and armed with press passes and trademark fedoras, they stayed for the whole night looking out for scoops for the early morning editions.

Following cocktails and canapés in the courtyard, students were escorted down the red carpet into Fulham Palace and out to a marquee in Chaplains Gardens. The marquee was decorated in full Gatsby style, with a pea light back drop, black table cloths, gold charger plates and gold Candelabras on every table, with personalised Great Gatsby chocolate favours placed on the napkins.

Principal Rachel Borland and this year’s Valedictorian Gabriele Watts both made fabulous speeches, and Rosettes were awarded to the Royal Court of 2014. Then dinner was served. 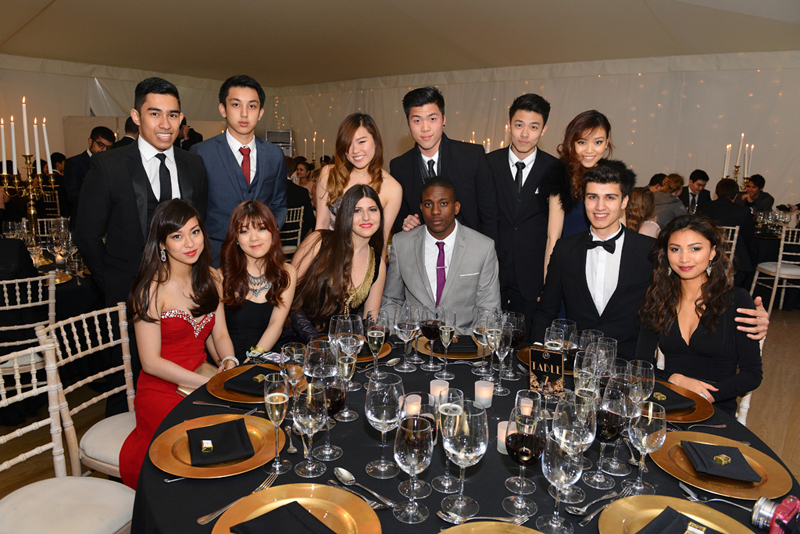 After dinner, the rest of the evening was announced.  The two Great Gatsby Show girls brought more glitz and glamour to the occasion and entered the marquee in their incredible full feathered outfits. They stopped to pose with the guests and escorted everyone into the Palace to the Great Hall where the disco began.

At 10pm everyone in the Great Hall were left speechless as our Gatsby Show Girls emerged in flapper dresses and treated everyone to a fantastic Charleston dance routine.

It only left the crowning of the 2014 Prom Kings and Prom Queens. Yasser Yaya Oye and Gabriele Watts won from Marylebone and Yuxi Jin and Damilola Yusef won from Belgravia. The Kings and Queens were crowned amid much fanfare and explosions from the confetti canons. 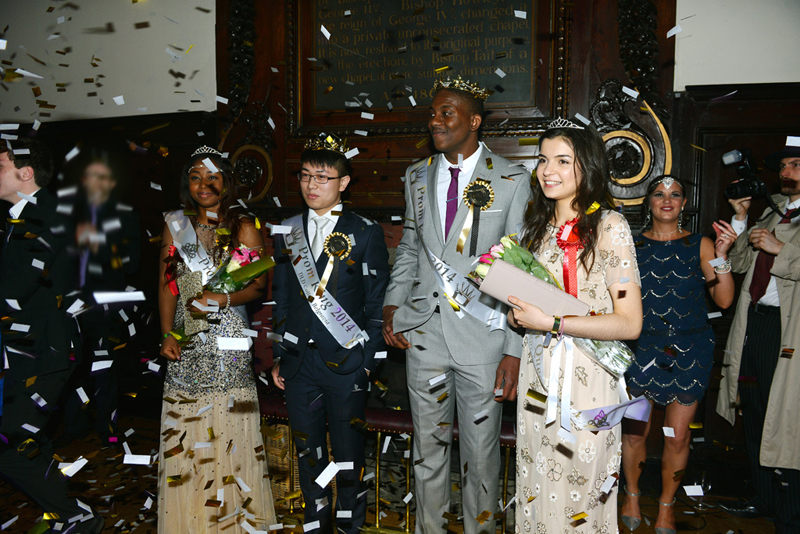 Special mention must go to Kate Griffiths who organised the entire evening.

We wish our Sixth Form students the best of luck in their upcoming exams, and thank them for representing the college so proudly at this year’s Prom.