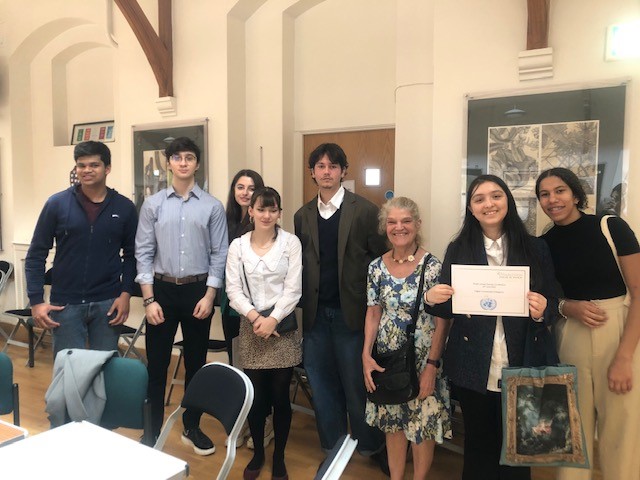 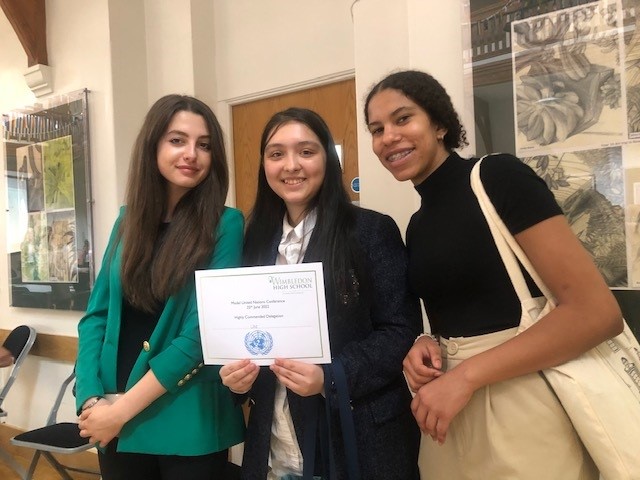 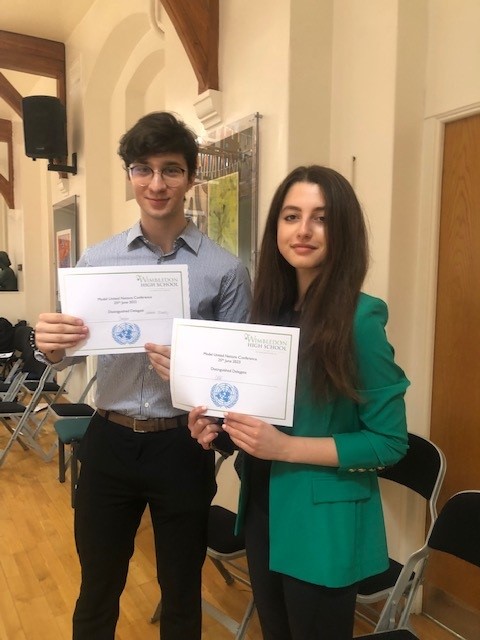 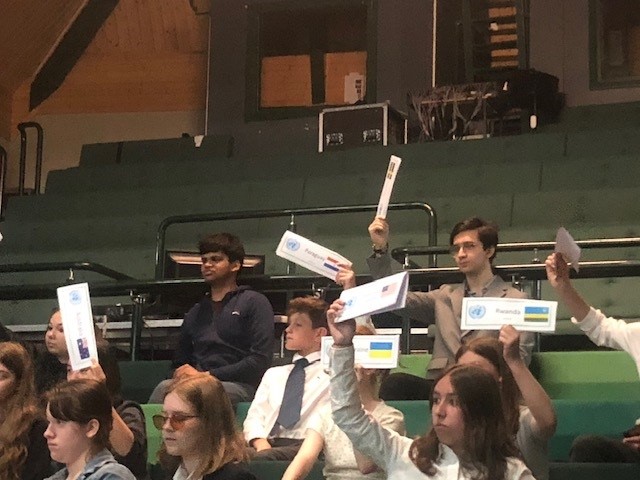 On Saturday 25 June 2022, a group of DLD College London students went to the Model United Nations Conference at Wimbledon High School winning a number of awards.

The DLD delegations comprised Iceland, Sweden and UAE. Fun and deliberation was had by all, as the students debated issues such as LGBT rights, food security, the refugee crisis and the dangers of the Dark Web.

Giovanna was extremely eloquent and knowledgeable as she put forward UAE’s view on the refugee problem facing the UN and was awarded the distinguished delegate award. The UAE team, which also included Afa and Rana, received the commended delegation award.

Vlad Midoni, on behalf of Sweden, also received the distinguished delegate award as he engaged in fierce banter with the Chinese delegate on LGBT issues and human rights. Josephine, also a Swedish delegate, was awarded a commended delegate certificate for her views on the food crisis as she spoke articulately.

Vlad was also the crisis delegate where the issue of an asteroid hitting earth was deliberated.

I was extremely proud of all the students who attended and look forward to the next conference in the new academic year. I hope too that we will be joined by others.