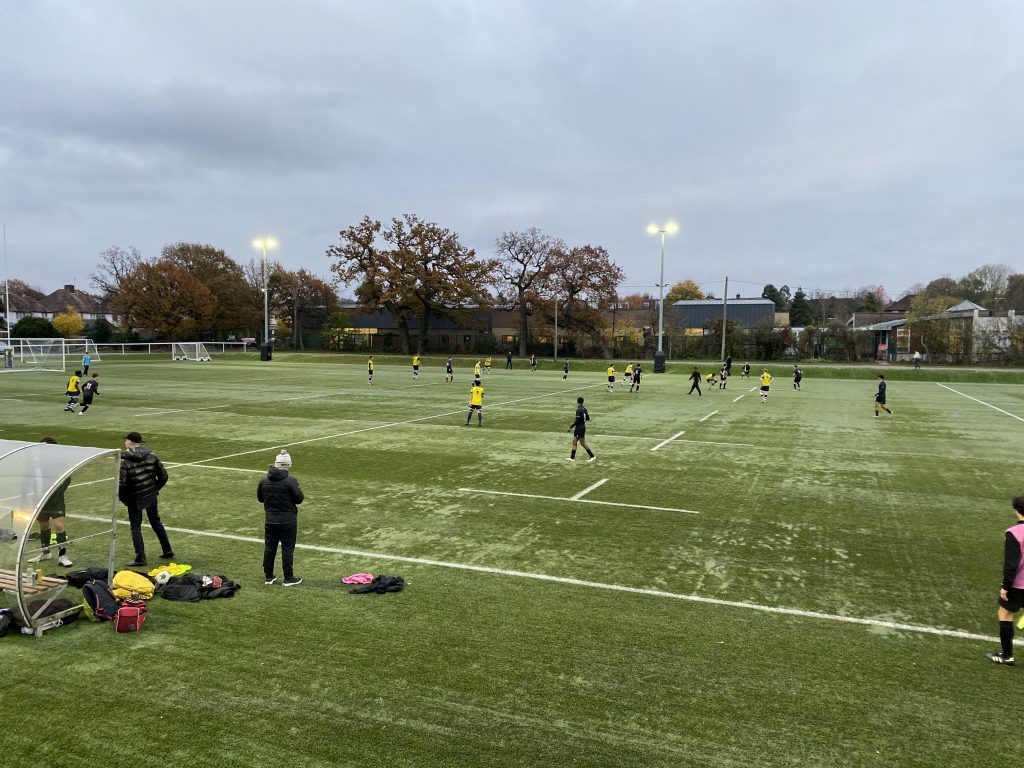 A slow start to the 2021 Marylebone Cup football match led to us being caught cold early on from a cross/shot that looped over our replacement Goal Keeper Felix R (Year 13, Metropolitan) who showed great leadership by offering to go in goal.

Another two quick goals through some well worked play meant it was 3-0 at the break (it could have been 4-0 had Felix not made a good penalty save…). DLD had an uphill battle on their hands!

An honest self-assessment from the boys at half time provided a new vigour early in the second half and it wasn’t long until we were pushing up the pitch with intensity and winning the ball back quickly which eventually led to a free-kick just outside the box. Tom stepped up with confidence and coolly placed the ball around the wall and into the top left hand corner of the net. 3-1 and DLD were in with a small chance of turning it around.

The excellent free kick buoyed the team and soon after the first goal, Ishaan P (Year 12, Metropolitan) headed the ball in from a good delivery to make it 3-2…was the comeback on? We applied pressure again giving WSS less time on the ball and gaining more chances higher up the pitch. However, we couldn’t sustain this intensity and with around 60mins played, WSS made it 4-2.

Emotions were starting to boil with both teams making some questionable challenges leading to a stop-start period in the game with a number of freekicks. Unfortunately, Harry J (Y13, Northern) and Tom W (Y12, Northern) were sent off for two yellow cards leaving us with 9 players for the last 20mins or so. At this point, it was worth trying to get a few more goals and go for broke. However this left us vulnerable ,at the back especially with two less players to protect, and it then became shooting practice for WSS who were high on confidence with a comfortable lead, and they pushed on and added a further 4 goals.

A lot to learn for this newly formed team. Congratulations to WSS who retain the Marylebone Cup.