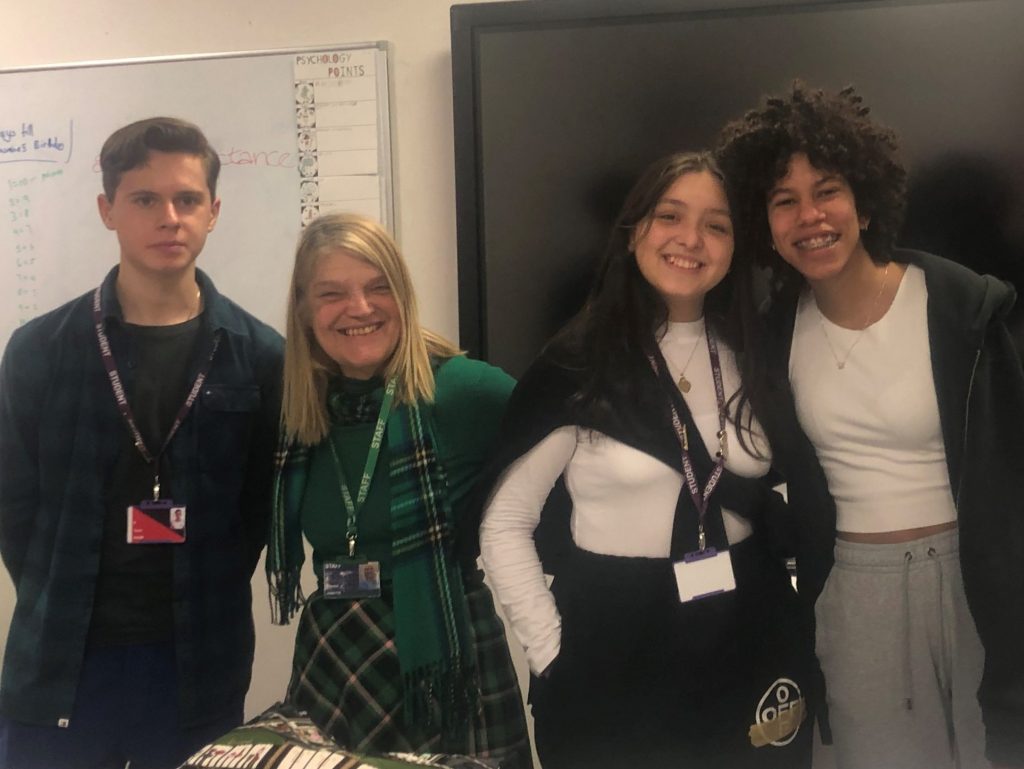 Last week, Afa, Rana and Egor from Year 11 in Lower School, took part in the first round of the prestigious ESU-Churchill Public Speaking Competition.  This is the largest public speaking competition for schools in England and Wales for school Years 9 to 11 and is organised by the English-Speaking Union.

The format pairs the Chairperson and Questioner from one school with the Speaker of another.  The Chair and Questioner only meet their opposing team on the day of the of the competition so have only 20 minutes to prepare. They do not even know the topic they will be introducing.

Our Speaker was Afa on the subject of “Fiction can teach us more than Fact”. She eloquently explained that while fact is obviously important, it is from fiction that we learn creativity and innovation. The judges were impressed with her ‘punchy style and excellent eye contact despite being online’. They also emphasised how she used persuasion rather than judgement to encourage the audience to agree with her. She faced questions from City of London Academy, Shoreditch Park.

Egor was our Chair and the judges complimented him on his excellent summary at the end of his session as well as his ability to introduce his speaker who spoke from City of London Academy on “The National Anthem should be replaced”.

Our Questioner, Rana, was also commended on her calm manner, in response to the passion of the speaker from City of London Academy, as well as the fact that she clearly listened to his speech and made intelligent references to it in her questions.

There were whoops of joy and excitement when it was announced that we had won a place in the next round early next term.