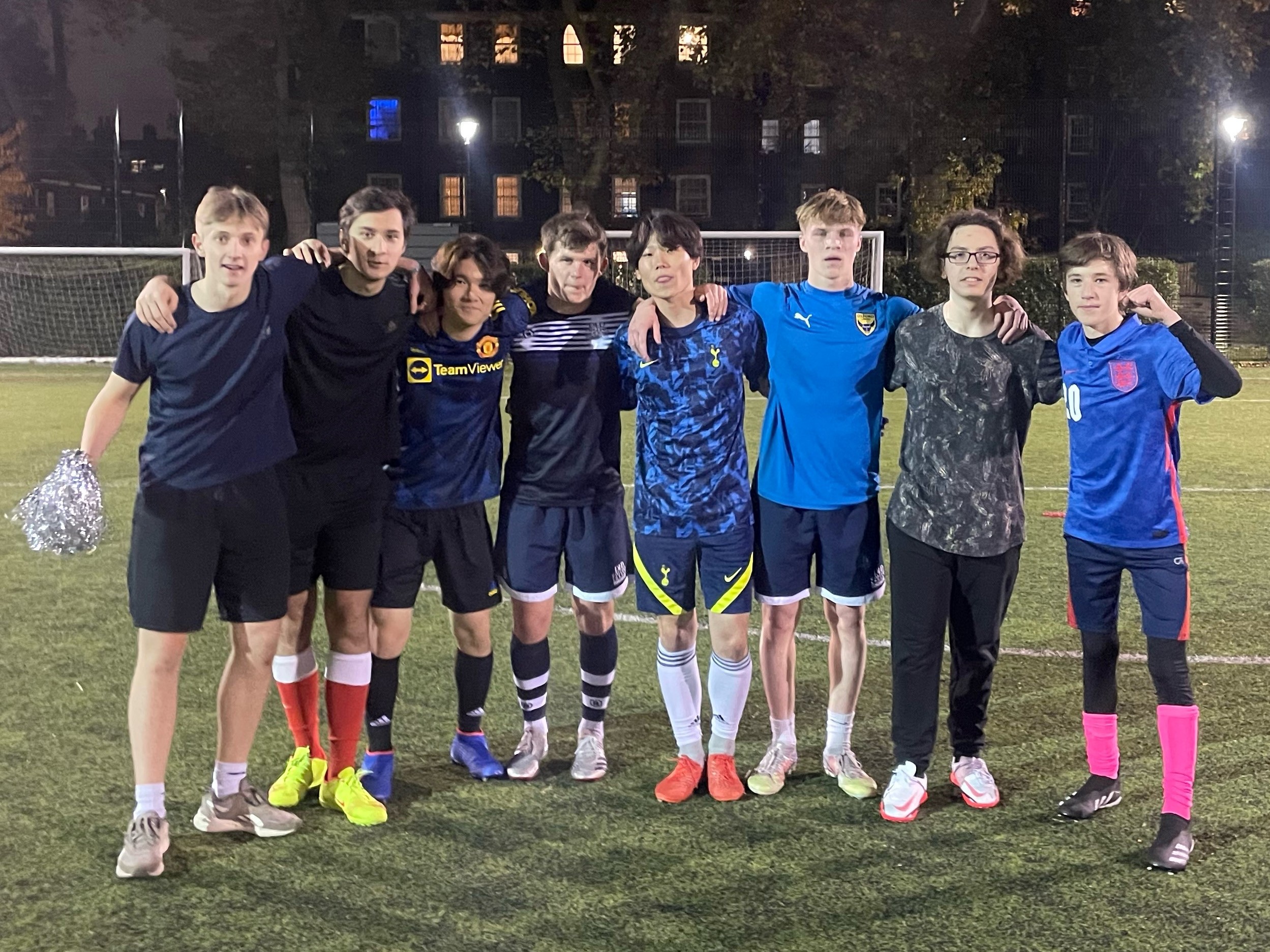 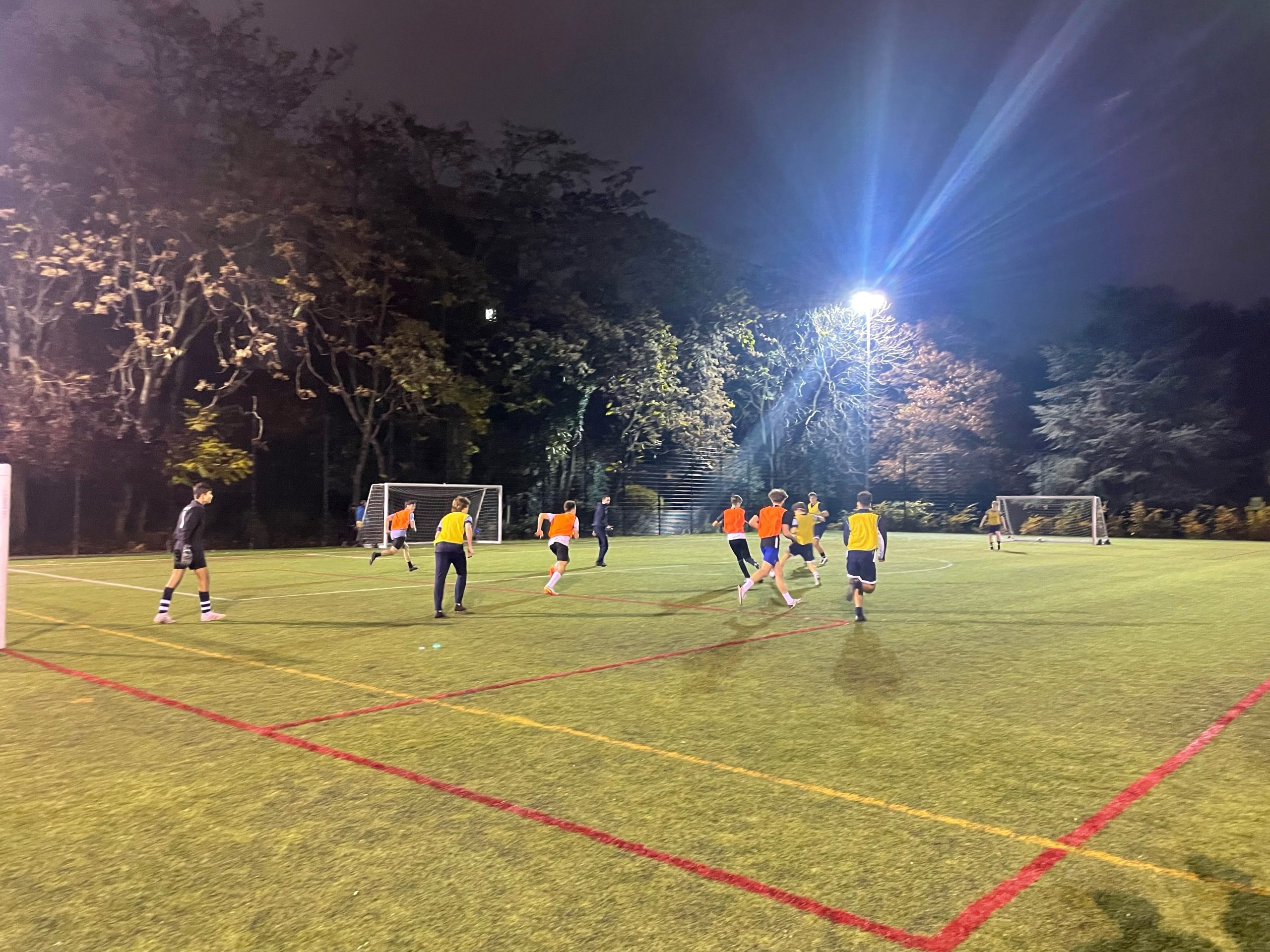 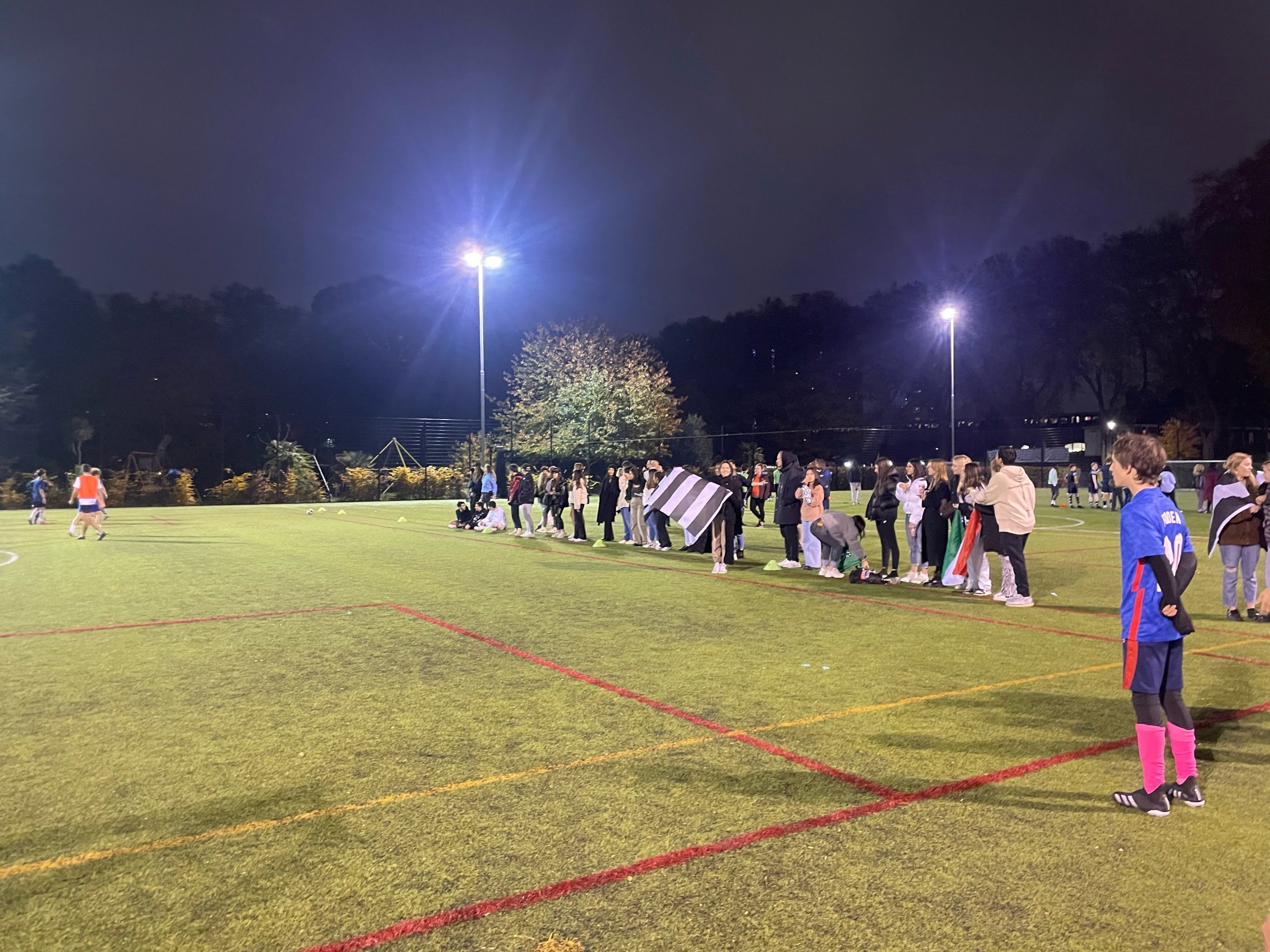 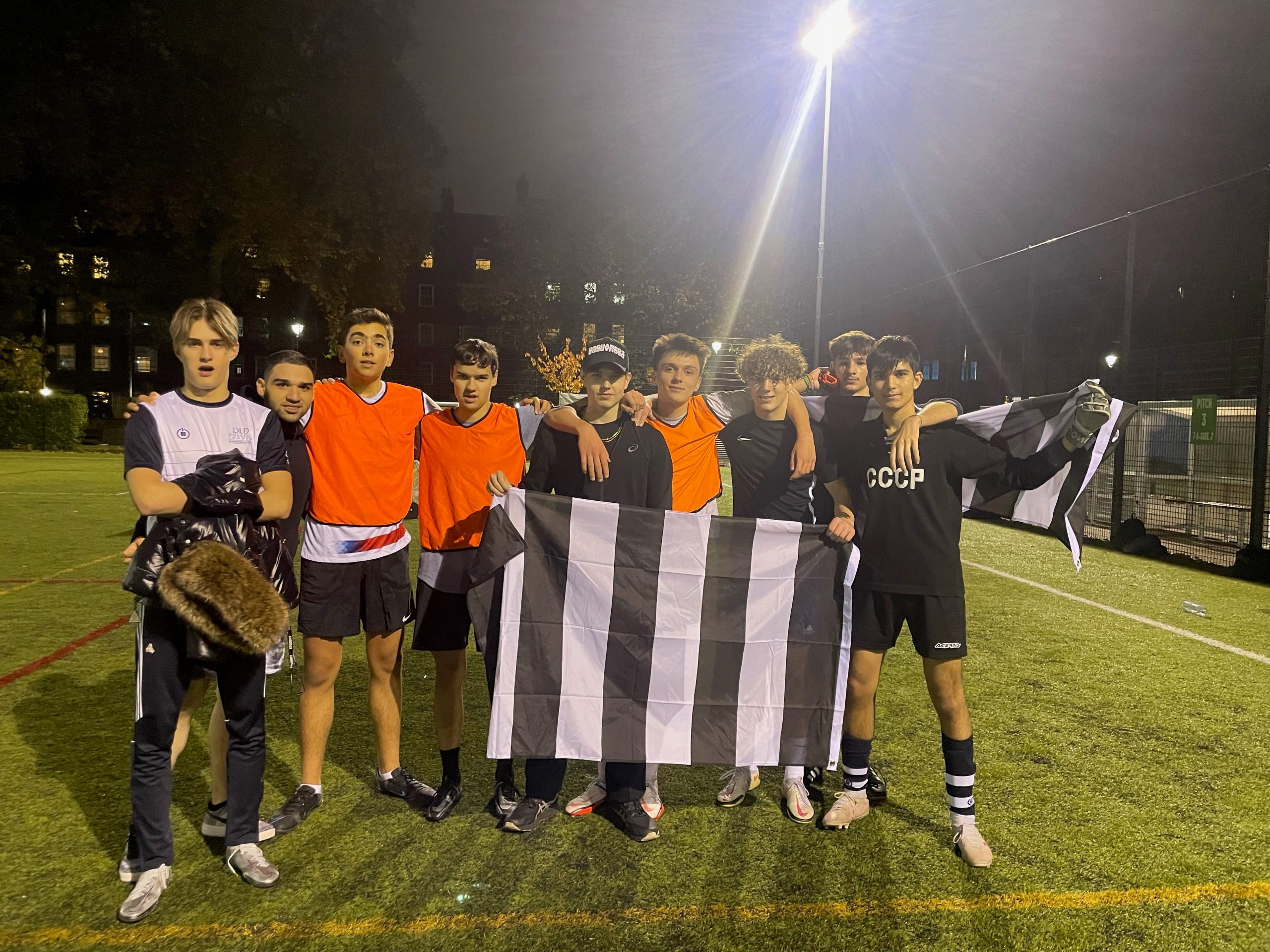 If you were a passer-by in Archbishop’s Park on Monday evening you would not believe that this was the first House Football competition to be hosted by DLD College London. Nor would you think this was the first Senior House competition of the year. The support from students, staff and the commitment to their Houses on show by players was remarkable, and that was just for the warm up.

Under the bright lights of the arena our five newly formed Houses took to the field; Jubilee, Northern, District, Piccadilly and Metropolitan embarked on a round robin event to see who the first House trophy would go to. Northern House put down the first marker, beating Metropolitan quite convincingly both in score line and skill, however District House with an abundance of first team players looked very dominant on the other pitch against Jubilee.

As students got behind their Houses with newly formed chants, flags and a superb supportive atmosphere the competition was alive. A rested Piccadilly came on and all of a sudden, the team in Chelsea Blue were matching the skill of their chosen strip, not just the colour. Pushing aside Northern House, showing an enthused Metropolitan how to move the ball, and defeating a highly spirited Jubilee effort; Piccadilly meant business.

Going into the final round, it was only between two teams; District sat on seven points, Piccadilly on nine. Whoever won this match, would be crowned DLD Men’s House Football Champions. Both teams started fast and furious, with early shots going wayward over the bar. Some individual pace saw Piccadilly find the gaps only ever so slightly better than District House, but it was still anyone’s game. A nifty one two and Piccadilly took their chance, scoring just at the halfway point. No matter how hard District tried, Piccadilly snuffed them out, defending like gladiators. The final score 1-0 Piccadilly; unbeaten, five clean sheets, maximum points.

A thoroughly enjoyable afternoon for all.