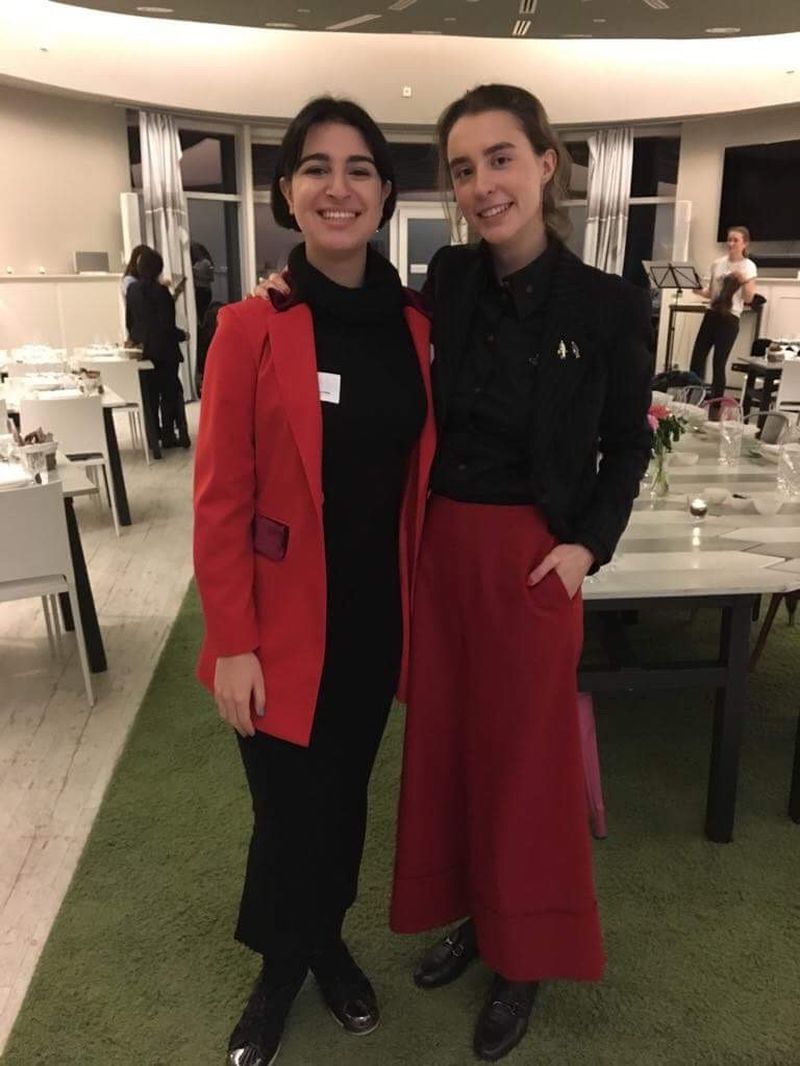 I was lucky enough to participate in a ground breaking Blockchain conference in Hamburg, Germany. It was rated as one of the greatest events taking place in Hamburg. My dearest friend was the one who put the event together and invited me to participate.

As an A-Level student, I decided to dedicate part of my studies to taking the Extended Project Qualification (EPQ), which can be described as an extended dissertation and requires both primary and secondary research. The area of my research is based around cryptocurrencies and Blockchain Technology, which is why I thought that attending this conference would be an enormous advantage for my primary research.

The conference was organised by the ‘MoinWorld’ Tech Community in Hamburg. They are a non-profit organization that ‘wants to change the face of the IT industry to make it more attractive to those who bring a different perspective’. This community is keen on attracting more women into STEM. More than 60 fascinating speakers from around the world attended the conference. We were all given networking slots, where I had time to collect a variety of ideas for my EPQ. 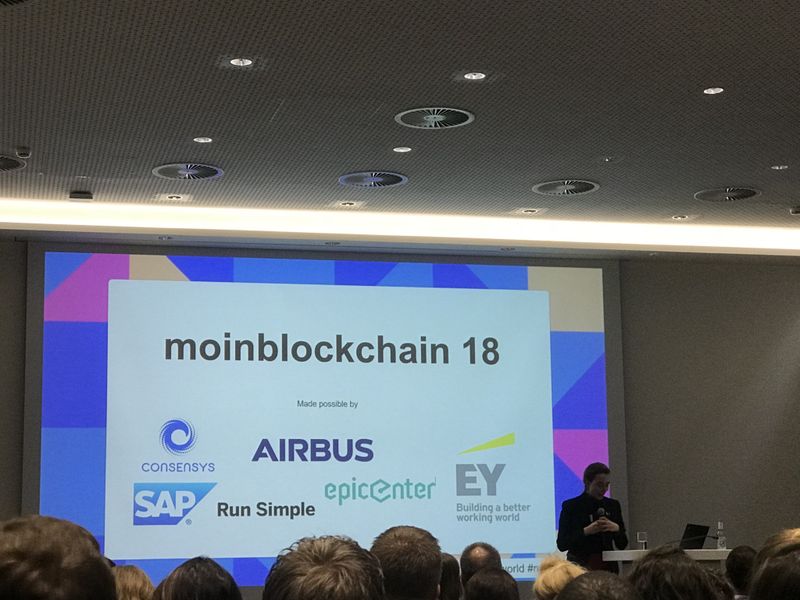 The conference started with some words of wisdom from the second Mayor of the City of Hamburg, Katherina Fegebank. She was impressed by people’s vast interest in transferring their identity, businesses and households into completely encrypted world. To quote: “It is amazing to be part of that technology revolution”.

There was one particular speaker, Dafi Sinai, the founder of “Women in Bitcoin” in Israel whose presentation was extremely engaging “The game theory behind Blockchain”, successfully delivered the most important foundations of the Blockchain technology, which I would like to share with you.

Dafi describes blockchain as a combination of things that have already existed before but are based on current human behaviour. It is proved that Blockchain is a solution to a double spending problem, eliminating third parties from our daily money transactions. It is well-known that governments of some countries are not in favour of this invention as it is decentralised, thus cross-jurisdictional (no control over it). For example, China has prohibited cryprocurrencies and blockchain wallets. However, in order to completely abolish blockchain technology and prevent citizens from owning and trading Bitcoins, governments would have to take control of the world-wide web, or in simple terms – delete the Internet, which is obviously impossible and unnecessary. Blockchain also supports democracy, as there is nothing that stops you from getting in the ‘game’ itself and you are the one who makes a decision to participate in it.

Interesting facts about Blockchain and Bitcoins:

In order to start a new program/block, a Miner (person who generates bitcoins) has to solve a mathematical equation on their computer (programme does that, not real people) for the previous block. This is why it is called blockchain.

There is a ‘race’ between miners as each prize (Bitcoin) can only be won once every 10 minutes.

There is a limited amount of bitcoins existing 21 million.

It is estimated that by the year 2140 there would be no bitcoins left to mine.

Finally, Dafi addresses the question that interests everyone involved in this subject: What will happen when all bitcoins are mined? The answer really surprised me – Miner fee. This fee will act as an incentive for miners to continue to solve blocks in order to make no Bitcons this time, but transactions between people and different wallets, where those bitcoins are held. Due to scarcity, it will eventually create a really high miner fee and therefore, the system will be maintained.

Some start-ups that are based on Blockchain technology that are worth checking out:

ODEM.IO – platform that contributes to the educational aspects of the society. It is the first decentralized education marketplace. The idea is that teachers and professors from all around the world can get in touch with students and deliver their knowledge of the subject. This platform involves smart contracts that execute the whole idea of trust between a teacher and a student. Tokens used on that platform make education more affordable to students by removing expensive intermediaries and application processes. As for professors and teachers the platform allows them to work outside of the educational institutions and deliver their own curriculum.

DOMA.CITY– platform that is ‘designed to carefully respond to the needs of contemporary urban dwellers’. It offers affordable housing for everyone that cannot normally afford it due to high rent rates and market intermediaries. It provides equity shares in return for those monthly payments, which are guaranteed through blockchain technology and secured smart contracts, turning users into homeowners. Personally, I believe that this could be a solution for people to raise their standards of living.

Ф (Phi) – this project is dedicated to changing the power distribution in Siberia, Russia, and bring renewable energy through blockchain technology. They are keen on creating clean and low-cost power available to remote regions, where societies have no opportunities for development. ‘Phi-coin’ is a token that is designed on the basis of energy intensive proof-of-work consensus mechanism, taking foundations from blockchain networks such as Bitcoin or Ethereum. The platform facilitates investment in peer-to-peer energy networks that manage resources according to simulations and predictions of the climate system. Demo version of the project could be tested in simulation web-app, which enables people to explore potential effects of decentralised energy, currency, and governance on their lives. Its interface is really similar to the good old computer game Sims City.

I hope you found my summary useful and discovered something new, as I did during this conference.